Last night all the weather reports were full of excitement about the current cold snap we’re experiencing here in the Sacramento Valley. On Facebook, people were posting pictures and reports of snow in places like Redding, Grass Valley, and so on. The forecast for Sacramento itself suggested that there was the teensiest possibility we might actually see snow. And it *did* start raining yesterday evening.

Alas, if it snowed, however, it didn’t stick around long enough for me to see it. Oh sure, they’ve got snow up in Roseville, but none made it to Sacramento. Sigh. I admit I was really, really hoping.

Ah well. Not that we would have been able to do much about it one way or the other, as today was the TGIO party for Nanowrimo, which meant that we spent most  of the morning scurrying around the house cleaning and getting things ready, and doing hasty runs to the grocery store because we were out of eggs, and gah, how can I bake anything without eggs, except that then I found this recipe that I’d bookmarked ages ago, and hey, as it so happens, I made a whole bunch of apple butter just recently, so I whipped up a batch of those . By the time people arrived, we’d cleared away most of the cat toys and paraphernalia, and lured five of the six cats downstairs with plates of wet food, and the house smelled like cinnamon and baking, and we were all set.

It was a fun group of people. Mostly the party consisted of everyone standing around in the kitchen and eating (Nanowrimo parties are always potluck) yummy things. A few people were brave enough to read snippets from their Nanowrimo novels, and Nutmeg (who has neither any interest in people food, or in trying to run out the door, occasionally wandered through and ignored every single person who tried their best to get her to come over for a pet.

It is funny how every year we all get together and do this crazy thing, and for a whole month we all look forward to seeing each other at bakeries and coffee shops, or virtually over IRC, and we cheer each other on, and catch up on each other’s lives, and then the month ends, and we all wave our goodbyes and most of us won’t actually see each other again until the next November, where we will do it all over again. 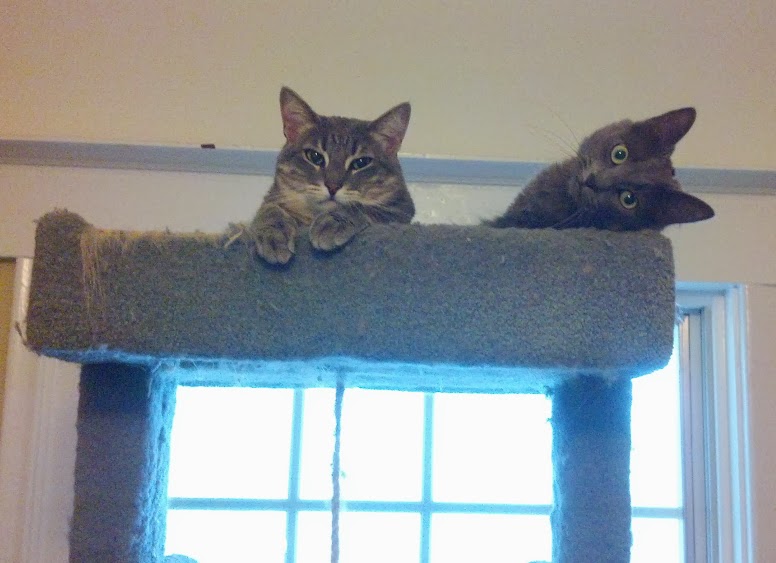