Today started far earlier for a Saturday than some of us might prefer (okay, by ‘some of us’ I mean Richard because due to a number of issues, only some of which are furry, I pretty much never sleep past 6am anyway) because we had haircut appointments at 8am and there was no way we were skipping that because we were both feeling really shaggy. So once that was done, we hit a couple stores because I had this hope that maybe, just maybe, we could get all the remaining Christmas shopping done early for a change. Hah – if only (although we did cross a few more names off the list), but since there was a PetSmart right there in the same big open shopping mall, I suggested we swing by, just to look. Four bucks later (because cat humiliation is always better when it’s on clearance!), we headed home, cackling evilly.

For the better part of the day I have been swooping down on unsuspecting cats, stuffing this on their heads, and then frantically snapping pictures of their ensuing death stares while laughing hysterically. Because nothing says Happy Holidays like cats plotting your slow and painful demise! 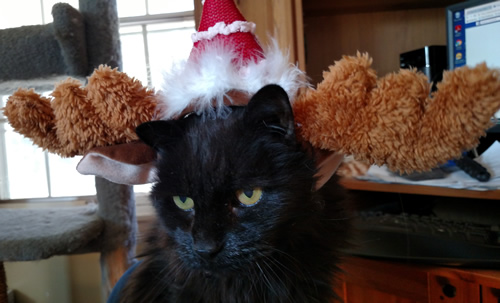 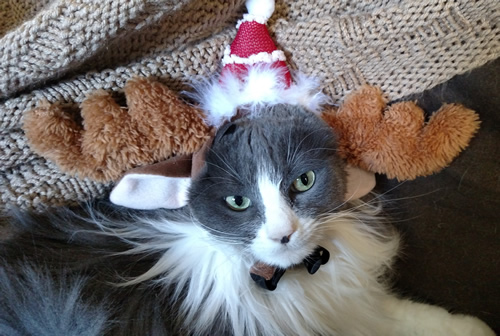 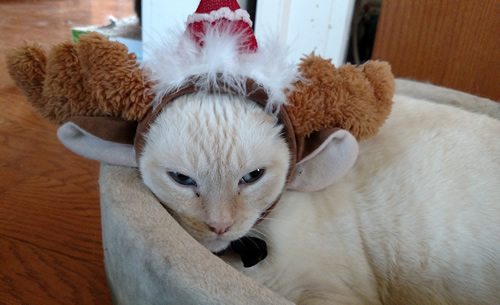 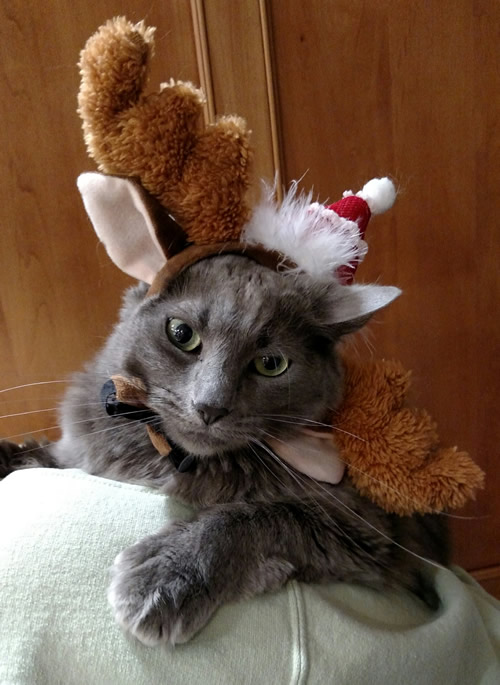 « Pretend the one with the golf club is orange…
En route »

« Pretend the one with the golf club is orange…
En route »