This morning I got up, poured myself some coffee, and immediately got to work making lemon scones.

I have made scones a bazillion times in the past, because they’re one of those stupid-easy (as long as you keep the butter cold and don’t overwork the dough) breakfast foods that everyone loves. However, I hadn’t ever tried making lemon ones because most of the lemon scones I have tried in the past have been far too lemony – unpleasantly so. But this month is all about the lemon, so I figured I might as well give it a go.

The scones are mixed and then shaped and baked, and then you let them cool for about 15 minutes before you top them with a thick lemon glaze. 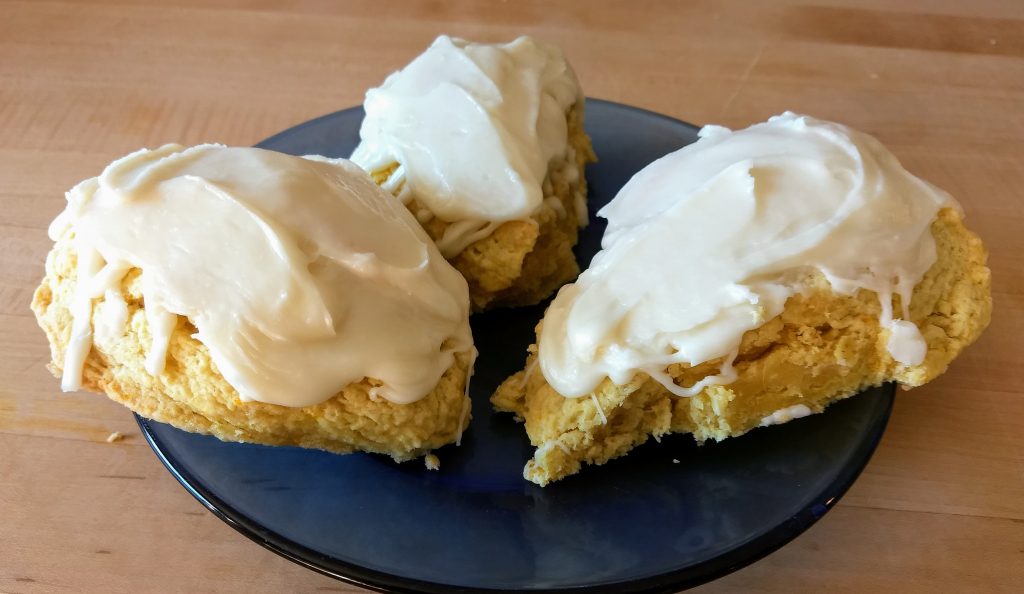 Fifteen minutes, by the way, is plenty of time to go hang out with tiny three week old foster kittens. 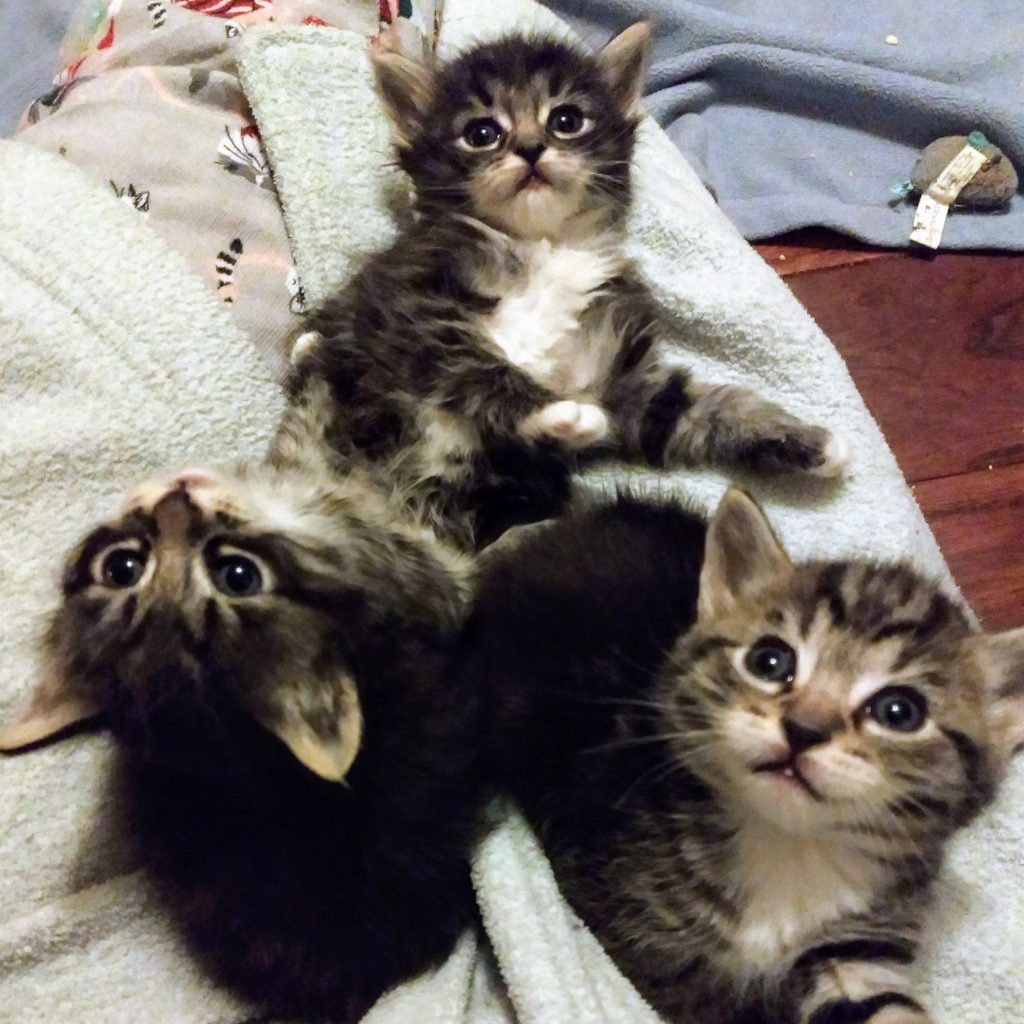 This recipe uses a lot of lemon – nearly six tablespoons of juice (including what’s in the lemon glaze on top), and several teaspoons of zest, but yet weirdly it wasn’t very lemony at all (and most of what’s there is from the glaze on top and not the scones itself). I don’t know if maybe the lemon flavor will become more pronounced as they sit, or if it’s because I used Meyer lemons instead of regular ones, but I was quite relieved. I would definitely make these again (although perhaps I might cut them into smaller pieces next time).