I have been, lately, in the mood for knitting lace.

This hits me from time to time, usually when I am already heads down in the middle of one or more important projects, such as a test knit, or something complicated that has a set deadline. But ignoring the urge doesn’t really help because then I just don’t knit anything at all, so it’s always better to just go with it, until the feeling passes.

All this is to explain why I whipped these two things up in the span of roughly two weeks last month.

The first one is Artesian, and I used MollyGirl Diva sock yarn, which arrived at my house via the magic of Yarnbox. 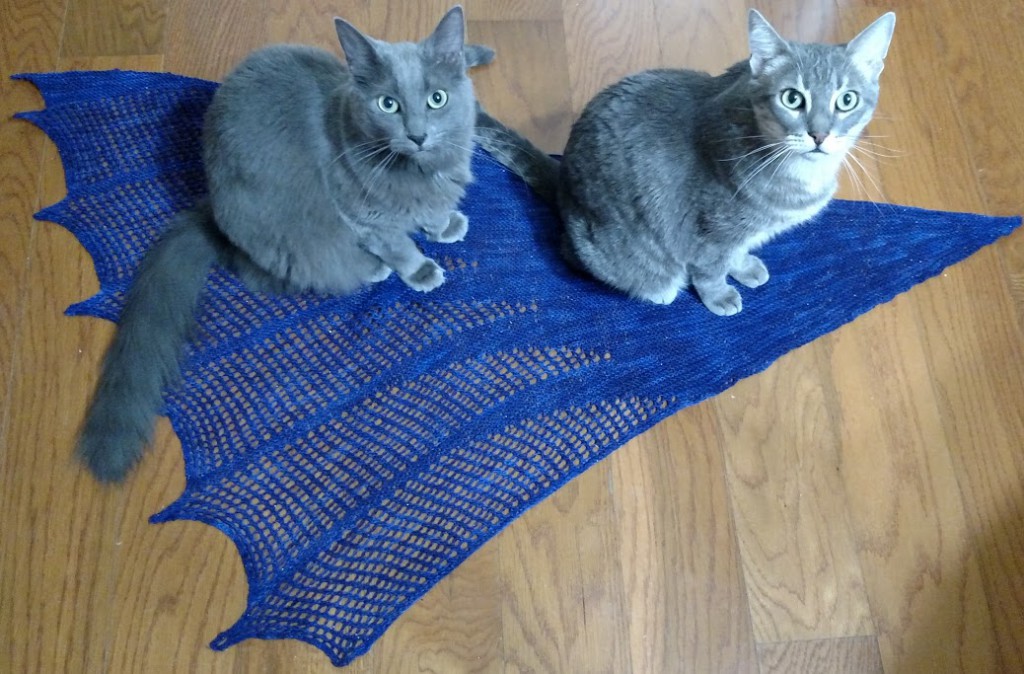 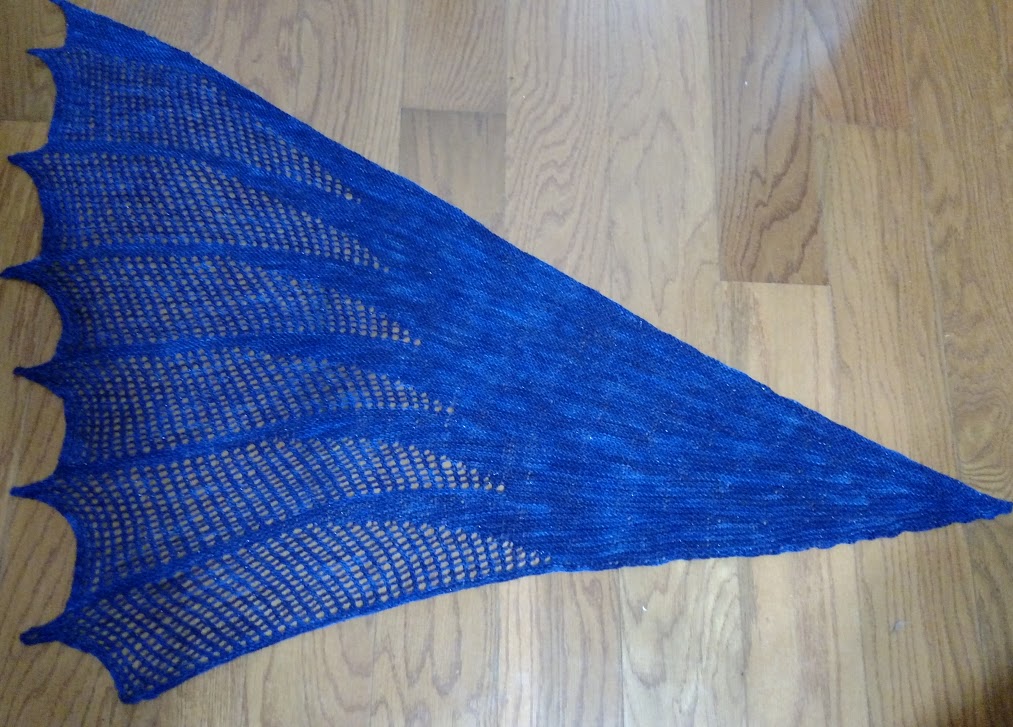 This is actually the second time I’ve knit this; the first, however, was for a shop sample for a Verb for Keeping Warm, so I didn’t get to keep it. I really liked the pattern, and the yarn I used (Even Tinier Anapurna), so when they gave me store credit, I bought a skein for myself. However, when I started knitting it with the yarn I specifically bought for it, I realized I’d rather use that yarn for something else. So I used the sock yarn for Artesian, and used the yarn from A Verb for Keeping Warm to make Golden Orchids instead. 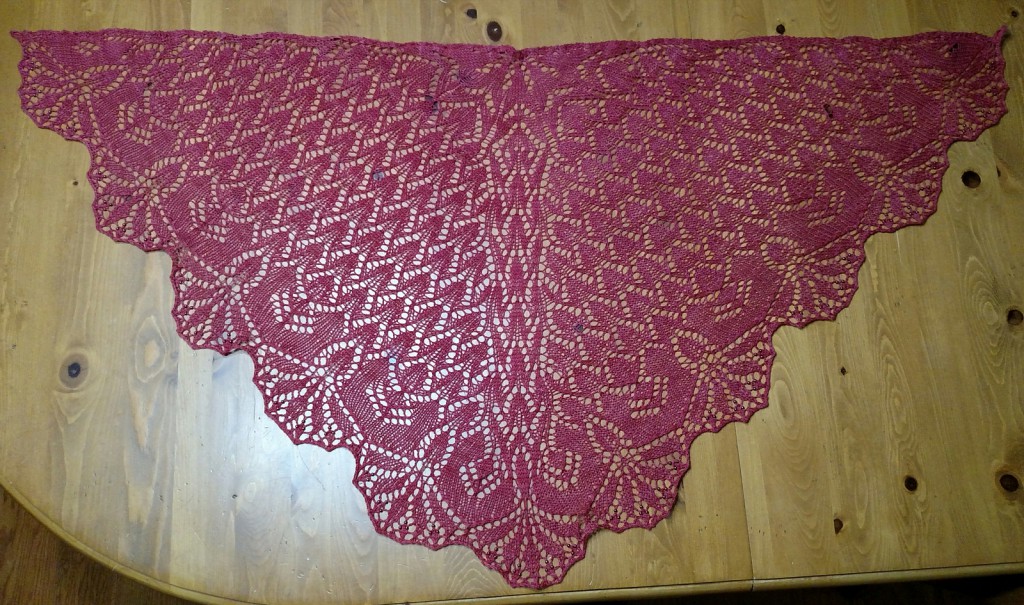 You probably can’t tell from the full view, so here’s a close-up. This project happens to be my very first foray into knitting with beads. Verdict – working with beads is tedious when you have to stop and put them on each individual stitch with a tiny crochet hook. Also, working with beads when you live with cats is very nerve wracking. I will let you draw your own conclusions as to why. 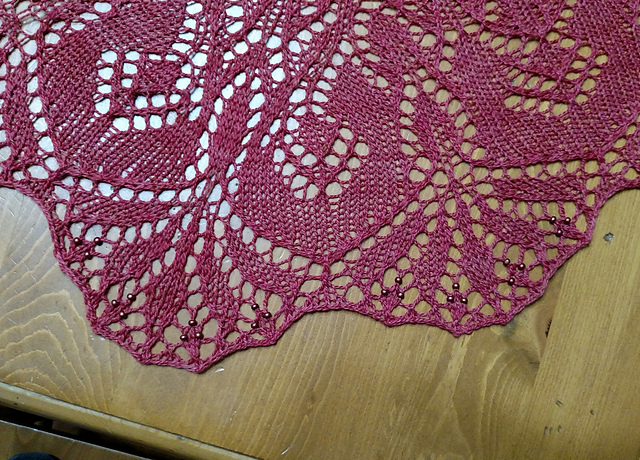 « On gossamer threads
The hook »

« On gossamer threads
The hook »