I shall call them ‘artisanal’

Today is President’s Day, and for the first time in more than a decade, I actually had the day off. So I decided to celebrate by making something fiddly and time-consuming (because this is what weird people like me do for fun): I made ravioli.

I was feeling pretty confident about this because last year’s tortellini turned out so well, so surely ravioli wouldn’t be that big of a deal. Yeah…. let’s just say it didn’t go as well as expected.

Making the dough was easy – just follow the directions. Then I mixed up the filling, using the remains of that underwhelming lemon cheese I made earlier, and I started rolling out the dough and that’s where things started to get a little tense. The dough kept tearing, the filling was probably too runny, and I am apparently completely incapable of cutting out uniform raviolis. Plus I am pretty sure that not a one of these sealed completely on the sides. 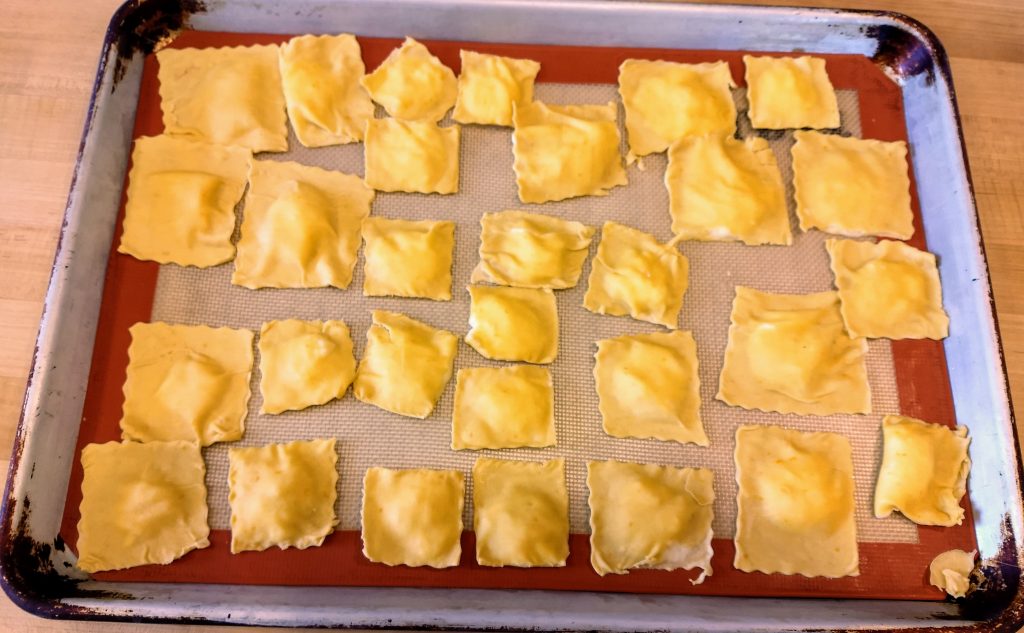 Shh, it’s not that I can’t make ravioli; it’s that they are…uh… rustic.

I let them dry and then popped them all into the freezer. And then, because I was worried they would all just burst open in the boiling water, I decided we should try baking them instead. So half of them got coated in bread crumbs and tossed in the oven for about 10 minutes, and then we had that for dinner with the lemon sage butter sauce from the original recipe. 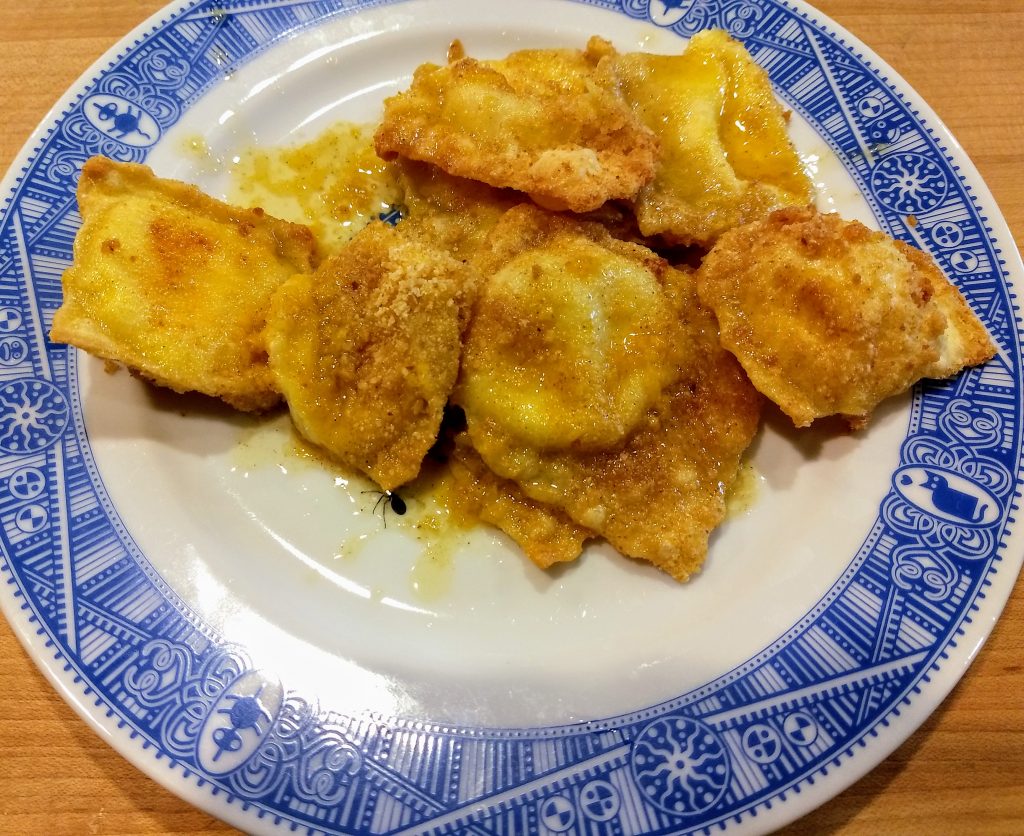 I think that on their own, or maybe with a simple red sauce, they would have been fine. And the sauce by itself, with some plain pasta, would have been fine. But the combination of the two was just not that great. On the plus side, though, they used up two more lemons, so at least there’s that.