This morning I had my decorating class (we’re playing with gum paste this time around), but I always wake up super early regardless, so I figured I would have plenty of time to whip up these Sticky Lemon Rolls with Lemon Cream Cheese Glaze. Even though it was a yeast dough, I figured it’d still be fine! So as soon as I got up, I poured myself some coffee and then I mixed up the dough, and set that up in the microwave with some heated rice pads to speed things along. While it went through its first proof, I took care of the usual chores and made sure I had everything ready to go for the class. Then I rolled out the dough and mixed up the filling and huh, this filling’s awfully runny…oops, I was supposed to let that chill for about half an hour. Except I didn’t have an extra half hour to wait, so instead I kind of poured the liquid filling all over the dough, rolled it as best I could, arranged the rolls in a springform pan, and then poured all the remaining liquid over the top (figuring it’d just soak down into the nooks and crannies). Those went into the oven to rise, and when they’d nearly puffed out of the pan, it was time to bake them.

Naturally they took longer to bake than anticipated, because that is exactly the sort of thing that will happen when one has to leave at a certain time and doesn’t have any extra minutes to spare. So as soon as they were finally done I whipped off the ring on the springform pan, smacked the cream cheese glaze willy-nilly all over the rolls with no thought whatsoever to how it might look, then pulled off a roll and pretty much inhaled it as I was dashing out the door. We shall not speak of how fast I was driving, but I did at least make it to class only 2 minutes late, so there’s that. 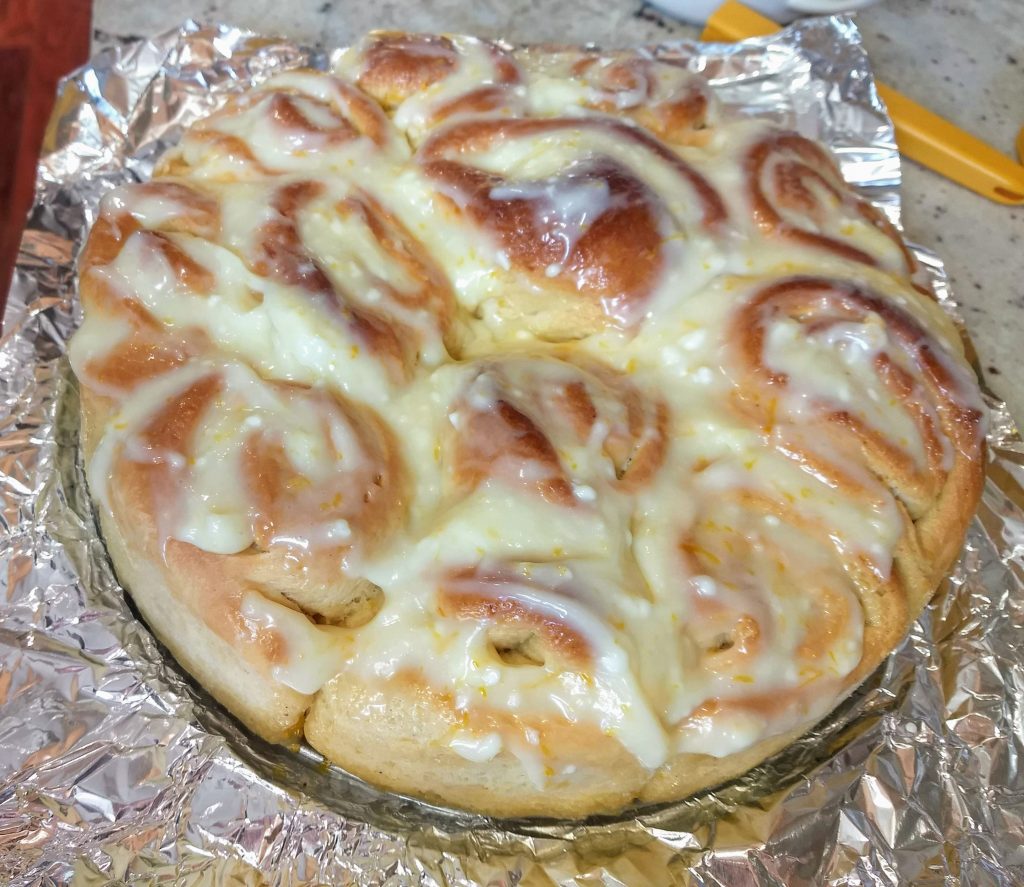 Notice how the cream cheese glaze cleverly covers up the fact that these aren’t spiraled so much as randomly folded due to the aforementioned issue with the filling leaking out all over the place.

Anyway, these are incredibly delicious, despite how long they take to make, and I highly recommend that you give them a try, although perhaps set the dough up the night before, though, (which is what I should have done if I’d had half a brain) so you’re not stuffing super-hot-from-the-oven rolls into your gaping maw as you run out the door, and instead have time to properly enjoy the combination of lightly lemon-touched dough, a delicate lemony filling that somehow thickened up during the entire process despite my oops, and a lovely rich cream cheese glaze. 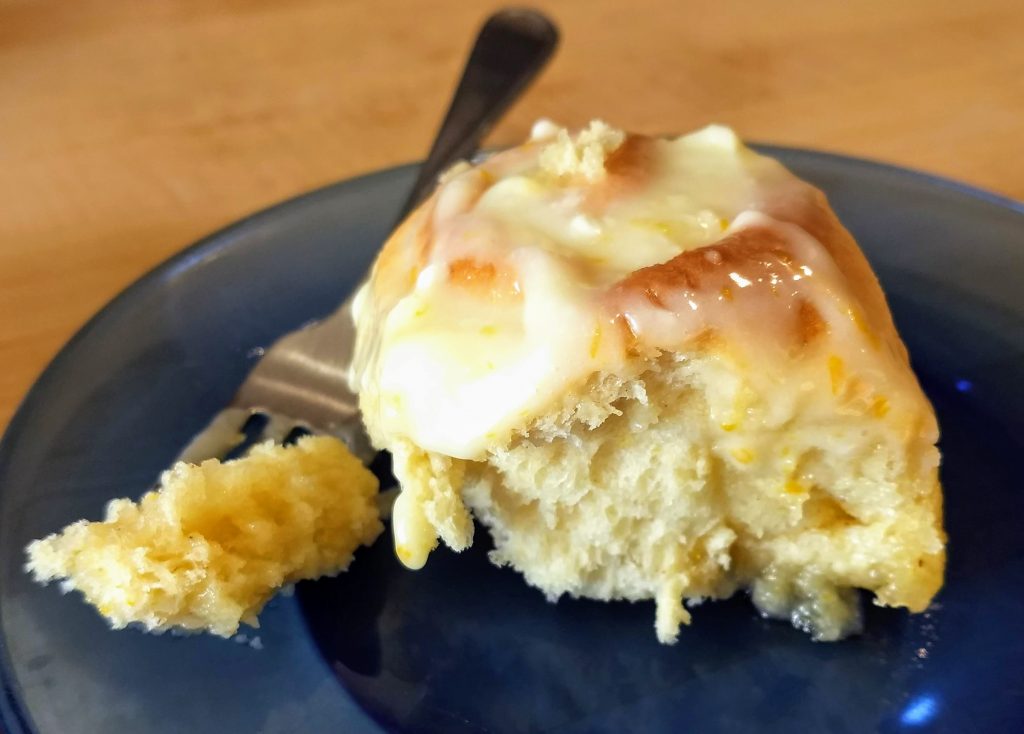 Making a lemon thing a day for