While technically brownies always include chocolate, these did fit the bill – they’re a little bit chewy and they get a little crispy on the edges, and in all things except flavor, they do mimic a brownie fairly well – albeit a rather thin brownie (it’s not very much batter for even an 8×8 pan, and I did wonder about the distinct lack of any rising agent in the recipe). 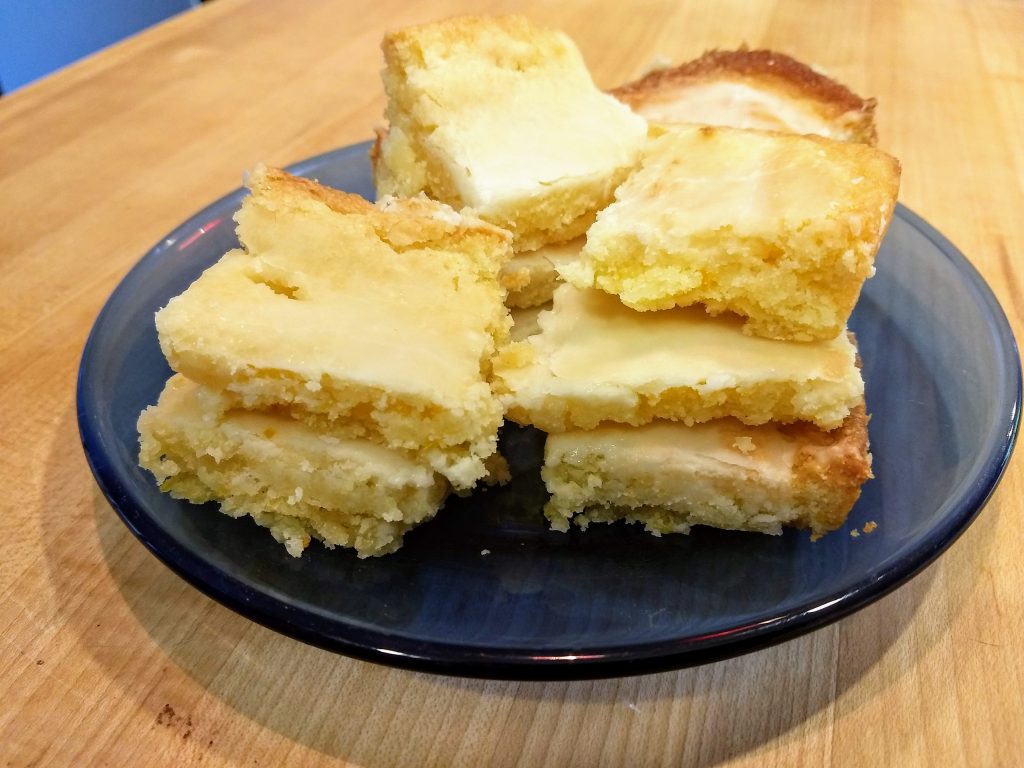 I found the glaze a little overwhelmingly lemony, but Richard liked them, so that just means I get the edges and he gets the middle pieces (which have lots more glaze) and we’re both happy. This recipe’s definitely a keeper.

« In paper or the equivalent
Lightning round »

« In paper or the equivalent
Lightning round »