For the comfort and convenience

A couple years ago we got a cat tree for the kitten room, which is perfect for all but the very small ones – lots of levels to make things easy to scale, several different cubbies for the shy ones to lurk, and the best part of all, a hammock. All the kittens love the hammock.

Alas, the original hammock could not stand up to a constant onslaught of extremely energetic kittens, so eventually it ripped badly enough I could no longer repair it. I decided instead of trying to come up with a fabric replacement, I’d knit one.

My first prototype wasn’t great – I ended up making it took large – but it worked just fine until a recent batch of fosters managed to tear actual holes in it. So this weekend I knit up Prototype #2. 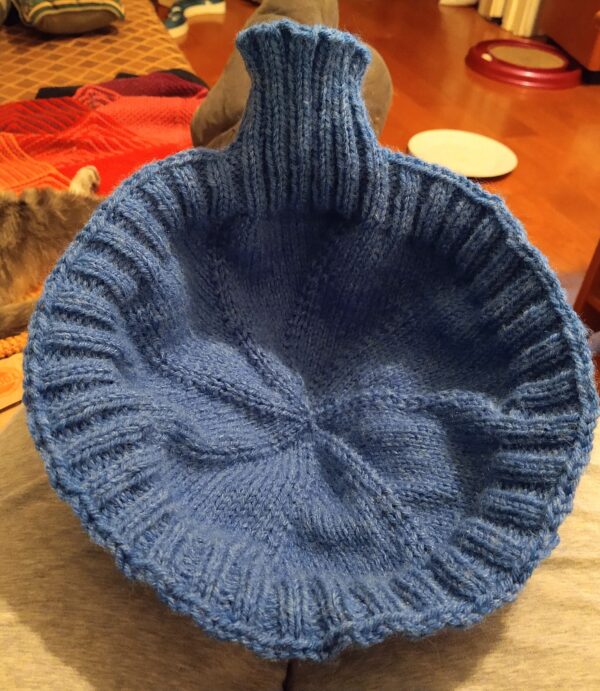 It looks a bit like an extremely round hot water bottle cover, but here’s what it looks like once it’s been installed. 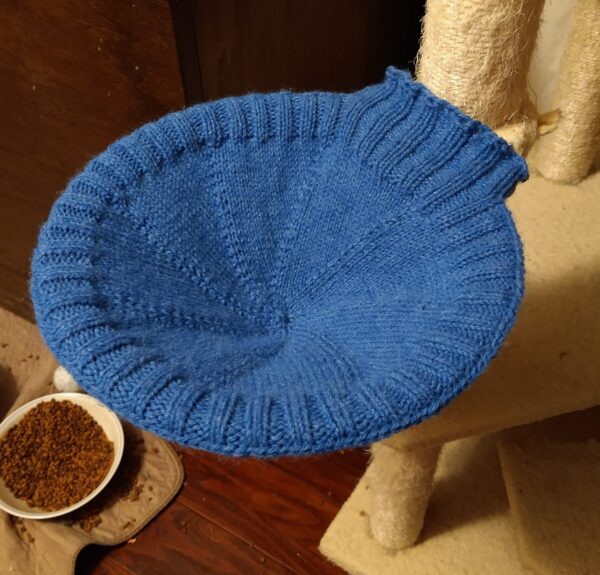 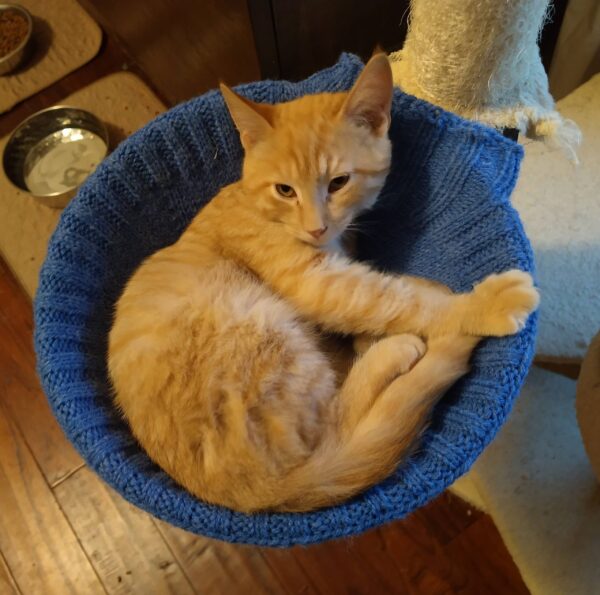 If anyone is faced with a similar issue, I wrote up my notes on what I did here – this is primarily so I’m not trying to reinvent the wheel next time this has to be replaced (since history clearly tells me there will be a next time).