In the past eleven years we haven’t done much decorating for Christmas, primarily because we got Rupert and Ingrid in the fall of 2009 and that Christmas marked the beginning of the self-decorating tree trend, which began with Rupert and Ingrid, and continued on with Sherman, Nutmeg, and finally Timmie.

But this year, now that Rupert is eleven and fairly calm, and Sherman is eight and also showing signs of slowing down, we thought that maybe, just maybe, we could try decorating like normal people. Also, there’s this pandemic raging through the world outside and having a little extra sparkle and cheer in the house would be nice. So we bought ourselves a new tree (and donated the old one to someone who was thrilled to get it), and this past weekend we put it up.

In years past Sherman has been extremely involved in tree assembly, but this year he was mostly interested in the box. 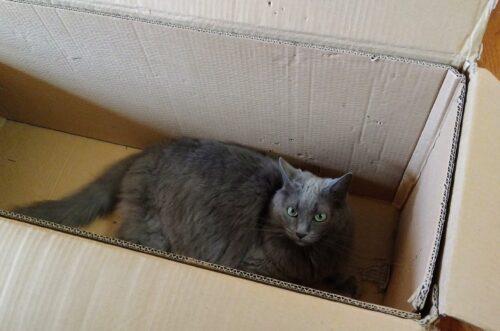 Cornelius M. Peabody, however, was all in on helping to make sure the top was perfectly straight. 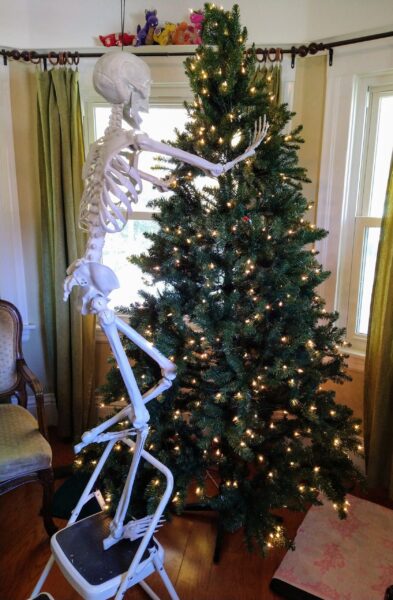 So far the furry contingent have left the tree (mostly) alone, so this might finally be the year we can drag out the nice stuff that’s been gathering dust in the attic for over a decade. 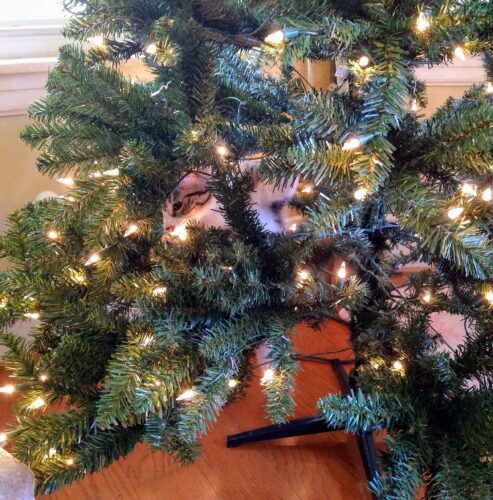