In this week’s episode of ‘Will It Blend?’

This morning I was in the mood for muffins so I looked online and found this recipe, and the premise was so intriguing I decided to give it a go. Because for these muffins, instead of just stirring in juice and/or zest (the usual way of using up an orange in a baked good), you actually cut them into pieces and then blend the entire orange (yes, peels and all) into the dough. Wacky!

Since we have a giant mound of Mandarins in the fridge, I decided that three were probably the rough equivalent of one regular orange, so I quartered them and added those to all the ingredients (minus the flour) and then pulled out my stick blender and blended (messily) until the oranges were no longer recognizable. Then I stirred in the flour and poured the batter into my skull cake pan, because one should use a skull cake pan as often as one can, after all, and popped them into the oven and hoped for the best.

Note to self: while the skull cake pan works great for some recipes, do not bother doing that with these muffins again. If you squint really hard you can sort of make out the skull, but otherwise they look more like misshapen lumps. 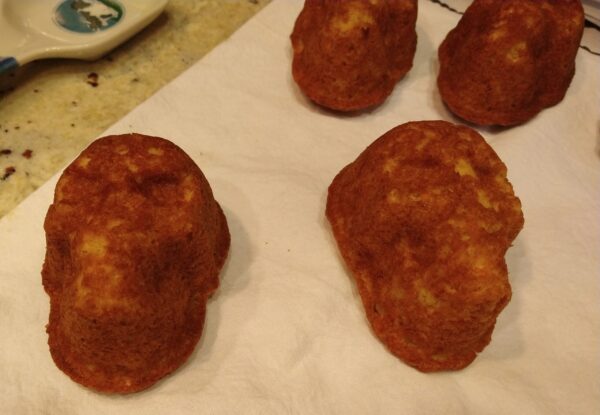 Unconventional appearance aside, however, they tasted absolutely delicious. If you were to guess what the ‘special’ ingredient is, you wouldn’t assume whole ground-up oranges, you’d instead guess cornmeal, since that’s what the interior color and texture reminds me of. 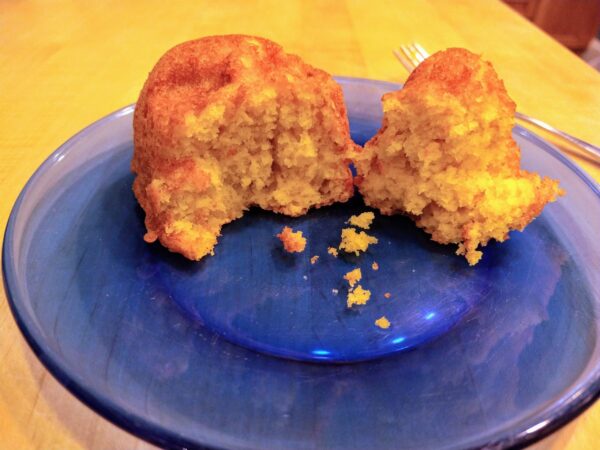 The orange flavor definitely comes through. I was worried that the inclusion of the peel would make them bitter, but that was thankfully not the case. And bonus: it used up another three mandarins from the pile. This is another recipe that we’ll definitely be making again.