Hooray, it’s February, and that means it’s time for Thingadailies, where I make a thing a day. This year I’m going to be focusing on citrus, but unlike in years past, this year it’s all about the orange – or at least the orange citrus, since the fridge is overflowing with tangelos and mandarins from our trees.

To kick the month off, I decided to make these Orange Sticky Buns. They have several appealing features – the first being that they’re not yeasted, so they are something I could easily whip up on weekday morning before my long trek to the office (aka, walking downstairs still in my pajamas with some coffee and a cat), and the second being that with half a cup of juice required, they would use up at least several of the citrus mountain that has taken over our kitchen.

The dough itself is more like a biscuit dough – you just mix it together and then pat it out into a rough rectangle, spread on the filling, roll them, cut them, and bake. The filling is similar to the typical sticky roll filling – brown sugar, butter, and cinnamon, but with the addition of some zest. But what makes them officially sticky rolls is the orange glaze, which starts with what is basically an orange infused brown sugar caramel that’s poured into the pan before the rolled buns are added.

The house smelled absolutely delightful while they were baking, and once out of the oven, they did not disappoint. 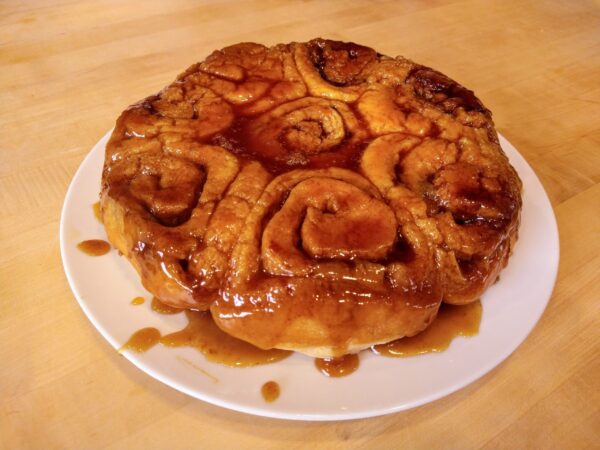 They took a bit longer to bake than anticipated, and I probably could have left them in just a bit longer, since the middle ones were just on the edge of under baked. But overall, they were extremely delicious, and a fantastic way to use up a couple mandarins. 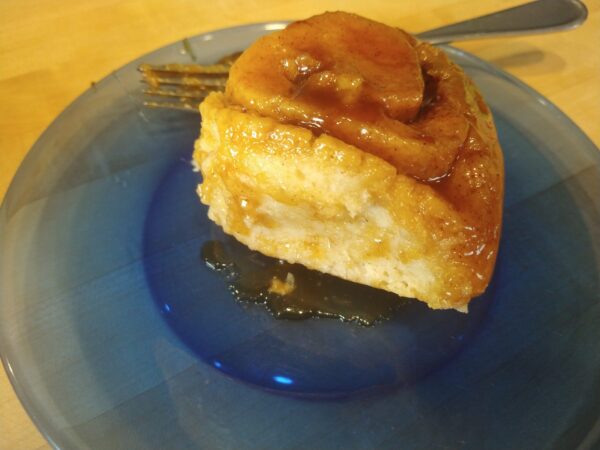 Yum! I would definitely make these again.

« It’s the little things
In this week’s episode of ‘Will It Blend?’ »

« It’s the little things
In this week’s episode of ‘Will It Blend?’ »