This morning we finally put up the tree. The box itself has been sitting in the living room for the past week but we just haven’t had the time or energy to deal with it, especially since Richard has been sick. But this morning I had to get up early anyway to change the incontinent kitten’s diaper, so I cajoled him to wake up with me, and after the round of our usual chores, we finally set it up. 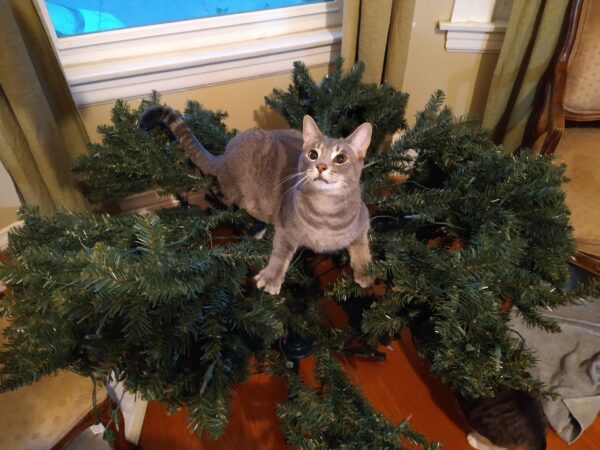 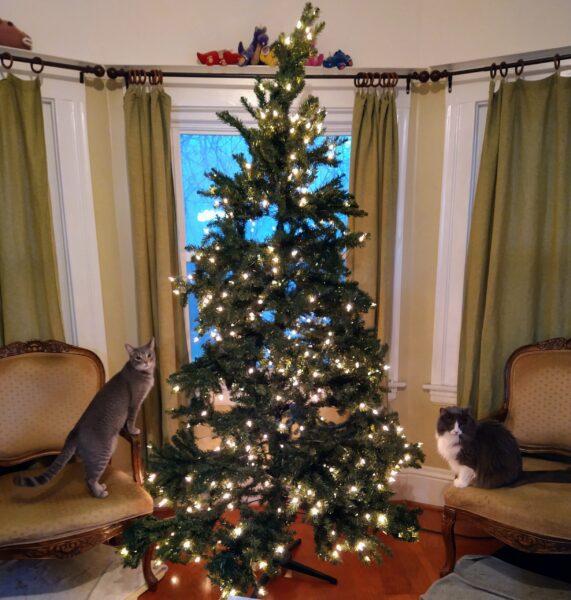 …and from the inside. 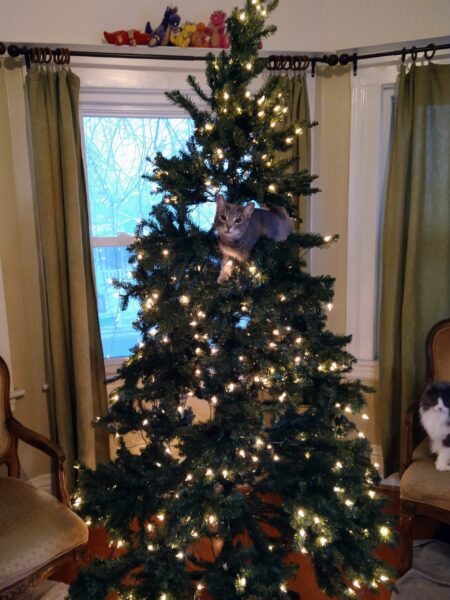 We’ve ordered this year’s ornaments, so there’ll be an update picture early next week. We’re still finding ping pong balls and googly eyes from last year’s decorating scheme, since Guffaw made it is his (successful) mission to remove Every Single Ornament from the tree, and I suspect this year’s theme will have similar results.

Tis the season for Holidailies.