Yesterday while I was off performing the last concert of the year, Richard was off picking up the packets, and outfits, for the annual Santa Run. I heard about it last year, and we actually did sign up, but then life got busy (as it often does) and we weren’t able to actually do it. So this year I was determined we were going to make it happen.

So we got up this morning, and after gulping down large amounts of coffee, we put on our Santa suits – or rather I put on mine (which was apparently meant to fit someone several feet taller than me – the pants came up nearly to my chin) and Richard simply slapped on the hat and the beard because he was worried he’d end up too hot in the rest. We managed to get there just in the nick of time, and it was nice to see there were just a few other similarly clad people also taking part. 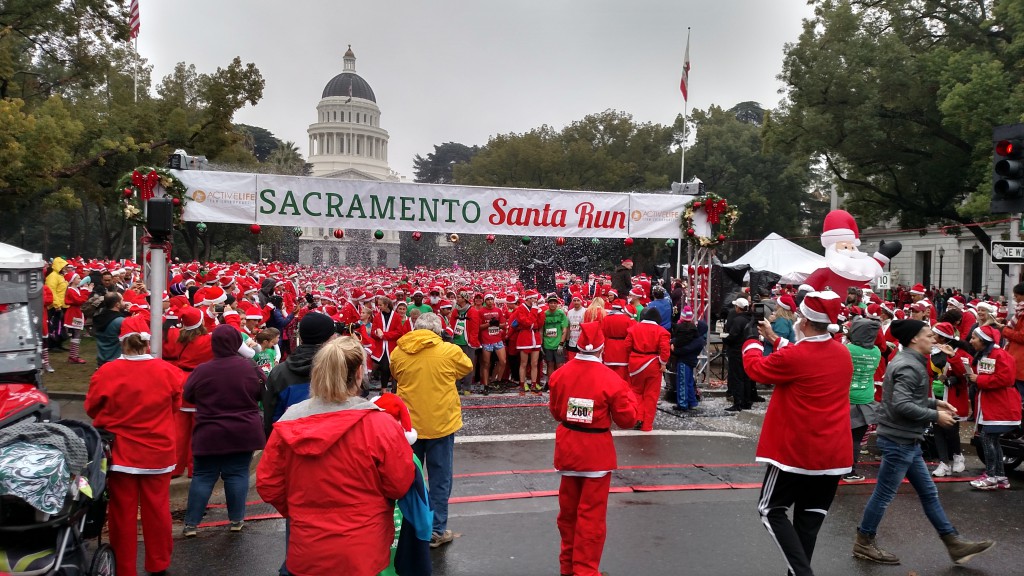 It was quite a lot of fun to walk along the route, surrounded on all sides by people dressed like Santa (or in some cases, like elves or reindeer). People in passing cars were honking and waving, and as we came along the river, there were dozens of people out on boats, also dressed in Santa suits, waving and cheering us on. It was drizzling a bit, but the beauty of wearing a hat and Santa suit is that I couldn’t really feel the rain at all, and by the time we were done it had all but cleared up anyway. It was definitely a lot of fun and I’m really glad this year we were able to take part.

Today I give you a handy recycling tip. Don’t throw out those old projector slides! Just find yourself some kittens and let the fun begin!