Mars has nothing to worry about

(Yes, I know these are out of order, but due to timing I didn’t get the chance to make the Episode 6 recipe until after I’d made the one for Episode 7.)

Episode 7 of the Great British Baking Show was Caramel week (yum!), and the choices were: a caramel tart, caramel biscuit bars (aka homemade Twix), or a caramel dessert topped with a sugar showpiece. We were tempted by the tart, but the lure of trying to make our own Twix was too strong, so we picked that one.

First, click that link to see how pretty they were *supposed* to look.

Okay, now moving on to what *actually* happened. 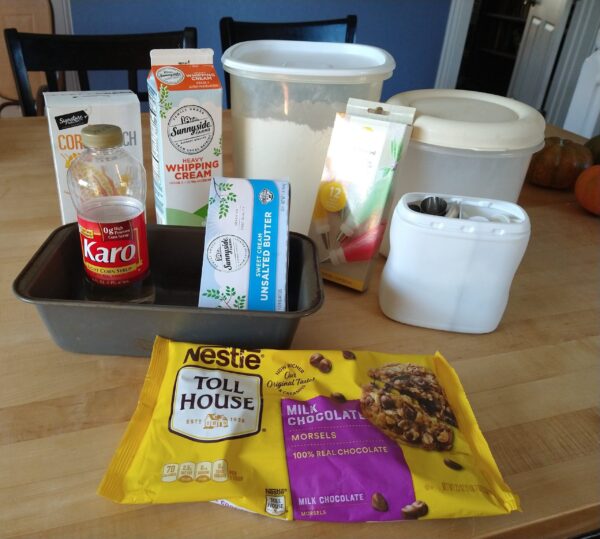 Let’s just say that things didn’t go quite to plan. First you make the biscuit base and cut that into the 10 require pieces. Then you make the caramel, which has to be thick enough to hold its shape, but soft enough to pipe. Oops. I ended up having to form the caramel for my cookies by hand. And finally, you melt chocolate and pour it all over the biscuits for a smooth, shiny topping.

I would just like to say, for the record, that not once, in all my years of baking, has this EVER worked for me, but yet every single time a recipe calls for it, I give it a go. I don’t know what it is I’m doing wrong. Maybe I have to spring for the fancy chocolate instead of just the stuff at the grocery store (it doesn’t matter if I use chocolate chips or slabs of baking chocolate – it’s always the same result), or maybe I’m not heating it long enough, or maybe I haven’t sacrificed enough confectionary to the pastry gods, but….well.

Here they are, ten lovely little cookies that unfortunately look a bit like what I might scoop out of the litter box. I didn’t even bother with the piped design on the top because I think we can all agree that there was no saving the appearance. 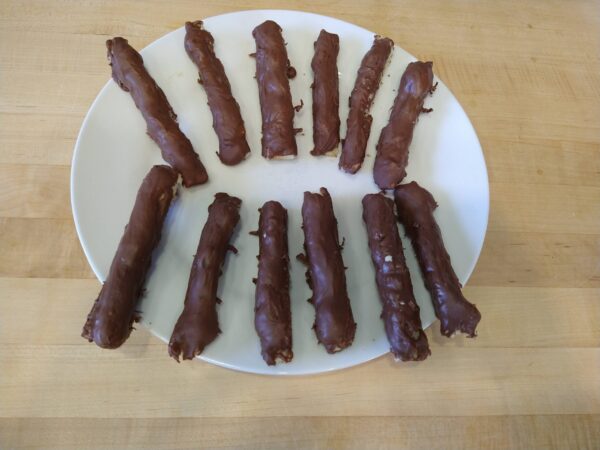 It was small comfort that my sister’s turned out equally poop-adjacent. Ah well. At least they ended up super tasty, and it was fun to give the recipe a try, although if I ever in the future get a craving for a Twix I think I’ll just save the effort and buy one at the checkout line.